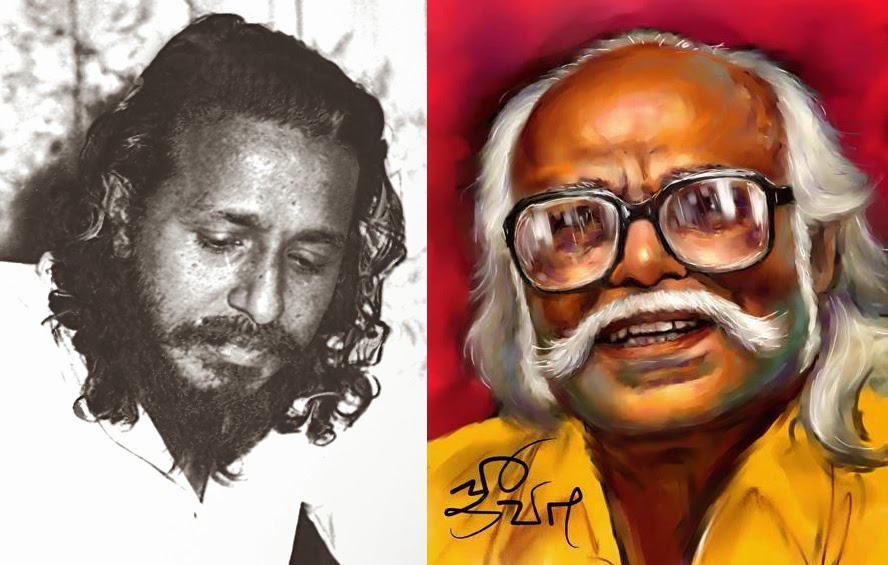 It may sound very interesting if eccentric film maker   John Abraham  were to make a movie based on a script by an equally unorthodox writer like Jayakanthan. In my opinion it would have been an extraordinary Tamil film  it  had happened....... it almost  had happened and here is the unknown story...

Jayakanthan had written a Tamil short story "Agni Pravesam" in which a  girl who was offered a lift in a car on her way back from college by a young man, gets seduced. He drops her near her home and when her anxious mother learns the truth, instead of raising hell, she takes her to the bath room and pours a pot of water saying this is not water, but fire that will purify you, as you were not polluted in spirit. When the story was published there were lot of criticism and protests against JK. In order to silence his critics he wrote a novel extending the short story, in which the mother will scold her daughter and all neighbourhood learns about her and  the consequent  suffering she had to undergo in her life. It was titled " Sila Nerangalil Sila Manithargal" which  later came out

as a film Directed by A.Bhimsingh which got Lakshmi the National Award for the Best Actress in 1976.

While John was doing  his debut Malayalam film "Vidyarthikale Ithile Ithile " in 1971, he was fascinated by the short story "Agni Pravesam" and the Novel " Sila Nerangalil Sila Manithargal". Our producer Minnal was a friend of Jayakanthan and John had a few meetings with JK and I had been with him during those discussions. John had a brilliant concept which was to film the short story as it is and when the mother pours water over the head of her daughter Ganga and says that you are purified, the screen goes dark and in the sound track cat calls and voices of  noisy protest is heard. Then on the screen the writer Jayakanthan himself appears and pacifies the audience...O.K. you want the mother to raise hell... see what happens...

The mother creates a big hue and cry, every one around comes to know of her daughter's downfall and her life becomes miserable as written in the novel " Sila Nerangalil Sila Manithargal"

Unfortunately the project could not take place. But another great film maker A. Bhimsingh  in his own way made a National award winning film based on the same subject.