Cats in our life

At home over the  years  many cats came, some left,  some gave birth to kittens  and a few died.There were no periods when there were no cats, even when we had dogs, they used to stealthily jump up over the lintel and wait  for their food.

One cat we used to call as Mother cat which always had kittens  had a long tenure with us. Though she had a long bushy tail like a Siamese cat , her kittens never had that feature.

Below are the pictures of some of the cats from the past: 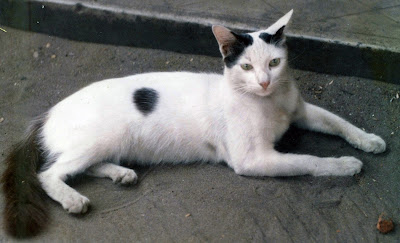 Some time back we had a male cat called BONU. A similar looking cat arrived after a few days and they both always had a fight the moment they saw each other. We named the new intruder - VILLAIN. In the mornings BONU always had some injuries on him and it was our job to apply medicines. We always tried to keep them apart during feeding time and soon they got used to each other and adjusted their arrival timing ! There were no serious fights.  But one day BONU disappeared  and never came back. Then VILLAIN became the sole pet.


While the Villain ruled the home , a young timid  newcomer  with stripes arrived one day with pleading look. Because of his stripes on his body he was named Tiger.

Tiger  manged to adjust with the bigger and stronger villain  and did not compete with him.

But things changed  and one day Villain disappeared with out a trace! Now Tiger became the sole pet and got all attention.He grew up, ate well slept most of the time and became a fat cat!


Then came  another young new comer cat , not a rival but a good looking female! 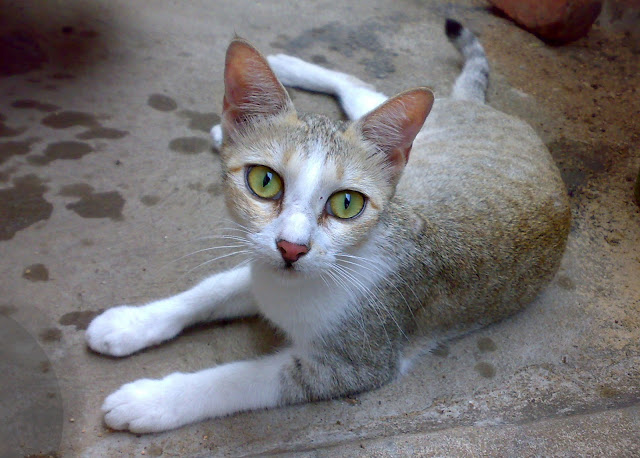 They started a new life together and had a baby which unfortunately died at a very young stage because the young mother did not know how to care. But soon she became pregnant and had four nice kittens in a variety of colours  Black, White, Grey striped and Brown striped.

On seeing them, I am reminded of the poem by the great Tamil Poet Bharathiyar :


Posted by Ramachandra' Babu at 7:01 PM No comments: